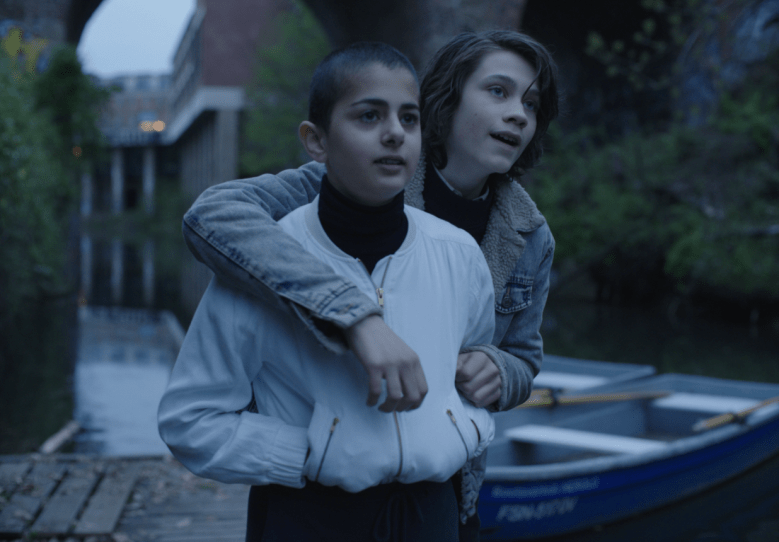 Exclusive: The Hungarian filmmaker re-teams with Kata Wéber for a surreal trip that spans three generations of a Jewish family.

Hungarian filmmaker Kornél Mundruczó is back at the Cannes Film Festival for the seventh time with his experimental latest film, “Evolution.” Mundruczó reunites with “Pieces of a Woman” writer and collaborator Kata Wéber for this time-spanning exploration of three generations of a Jewish family. Exclusive to IndieWire, watch the trailer for the film below ahead of its bow in the Cannes Premiere section this weekend.

Here’s the official synopsis: “In ‘Evolution,’ acclaimed filmmaking team Kornél Mundruczó and Kata Wéber return with a powerful drama tracing three generations of a family, from a surreal memory of World War II to modern day Berlin, unable to process their past in a society still coping with the wounds of its history. Like the water that connects the episodes in this triptych, memory and identity are fluid, and how we relate to it can drown or buoy. The pain and stigma that trickles from Eva, to Lena and then Jonas is inexpressible, yet rendered with striking imagery by Mundruczó and a wrenchingly poignant yet acerbically ironic and personal script by Weber. While generational traumas find new expression in the present, the family in ‘Evolution’ looks towards a more hopeful future.”

Before “Pieces of a Woman” debuted on Netflix and scored Vanessa Kirby a Best Actress Oscar nomination, Mundruczó won the Un Certain Regard prize at Cannes for his 2014 allegorical drama “White God,” and brought the mind-bending “Jupiter’s Moon” to the festival in 2017. Wéber worked as a writer on those films as well.

Mundruczó and Wéber pulled from the well of their personal family experiences to make “Evolution,” which explores what it means to be Jewish in modern Germany.

“Starting in ’45 in Budapest, from that point the story is inspired by my mother’s story, and then in the Berlin section it is based on our and our friends’ experiences moving to Berlin,” Wéber said in press notes shared for the film. “It was a really interesting time for us when we left Hungary; moving to a new country makes you redefine … your family’s identity.”

The triptych setup of the film, Mundruczó said, is “completely defined by contradictions and untold stories that resonate with the history of eastern-European Jews who stayed in their homelands during the communism.”

The film grew from a theater piece the collaborators staged three years ago, and was shot during the pandemic just this past April and May across 13 days. “We always knew it was going to be really special, it’s not like a typical feature,” Wéber said. “We were jumping into the deep water and it felt like a free fall … we knew it would be tough but we had to try anyway.”

Sign Up: Stay on top of the latest breaking film and TV news! Sign up for our Email Newsletters here.