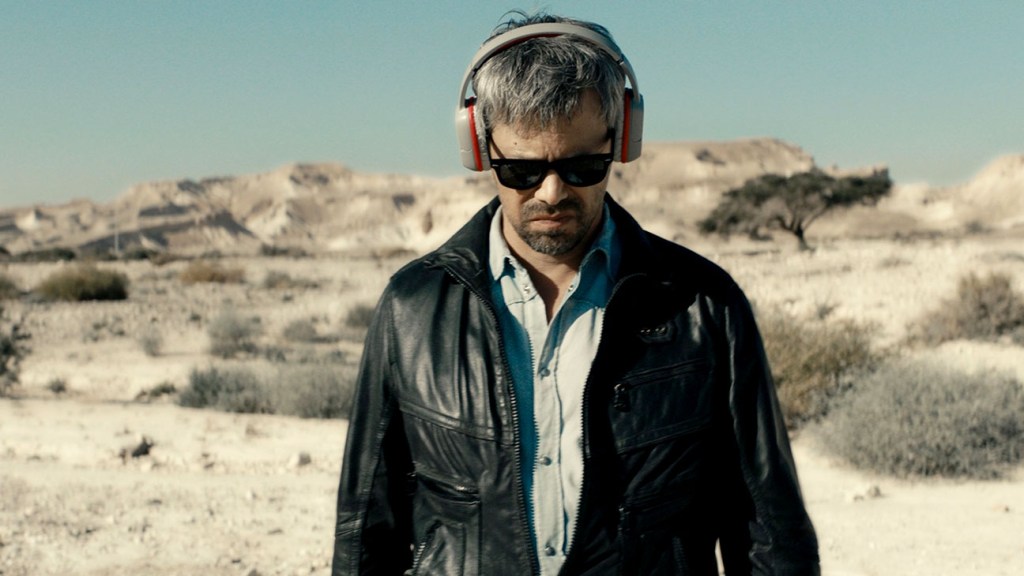 Kinology has dropped a new trailer for Ahed’s Knee, the new feature from Israeli director Nadav Lapid, whose Synonyms won the Golden Bear for best film at the Berlin Film Festival in 2019.

The stylish trailer, which plays over a soundtrack of increasingly frantic violins, shows Avshalom Pollak as Y, an Israeli filmmaker in his mid-forties who arrives in a remote village at the far end of the desert to present one of his films. There he has a fateful meeting with Yahalom (Nur Fibak) an officer for the Ministry of Culture. Y soon finds himself fighting two losing battles: one against the death of freedom in his country, the other against the death of his mother.

The film is inspired by Lapid’s own experience when he was invited to present his film The Kindergarten Teacher (2014) in Sapir, a tiny, remote village in the Israeli region of Arava.

“All you’re about to see is true,” Pollak says in the trailer. “Just pay attention to the style.”

Kinology is handling international sales on Ahed’s Knee and is introducing it to buyers at the Cannes Film Market this week. Pyramide Distribution will release the movie in France.

Check out the exclusive trailer for Ahed’s Knee below.


PrevPreviousNetflix drops trailer for ‘My Amanda’ – Manila Bulletin
NextNetflix released the trailer of the film A Baraka Do Bejo 3, watch it!Next