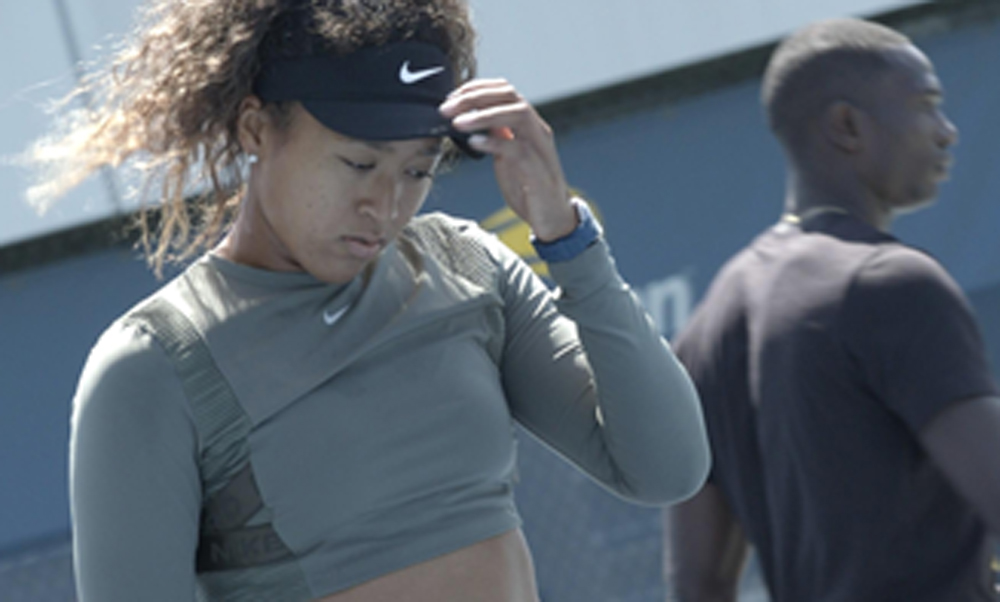 Netflix has released the official trailer for Naomi Osaka, the three-part series about the world’s No. 2 women’s tennis player, ahead of its July 16 premiere.

From director Garrett Bradley, Uninterrupted and Film 45, the series follows the two-time Grand Slam champion, who became the first Asian player to reach the number 1 singles ranking after winning her first Grand Slam at the U.S. Open in 2018 and second at the Australian Open in 2019.

Per the synopsis, with unprecedented access, the docuseries follows Osaka during a historic two years in which she works on her game but also begins to find her voice. Whether she’s defending her grand slam titles —while wearing masks in defense of Black lives — mourning the unexpected loss of mentor Kobe Bryant, or finding her independence, the challenges Naomi faces on a personal level begin to align with those in the public sphere.

Empathetic in its approach, the series chronicles Osaka’s hectic training and travel schedule, explores the layers of pressure she is under and reveals how she spends her time off the court hanging with her closest family and friends. The episodes also travel the globe with Osaka to further explore her Haitian roots as well as examine her deep connection to Japan, the country she represents. Per Netflix, viewers will witness Naomi’s unapologetic honesty and vulnerability as she navigates her multifaceted identity as a young athlete and leader on the rise.

“The series is about Naomi’s journey, within a snapshot of her life, but it’s also about life’s purpose, about personal worth, about the courage that it takes to allow one’s personal values to inform their work and vice versa. More than anything, I’d hope people can feel the power of empathy and to feel encouraged to take chances in life, perhaps especially in moments where the stakes can feel impossibly high,” said Bradley.

Osaka recently withdrew from the 2021 French Open after refusing to participate in post-match press conferences. In a social media post she cited social anxiety, media pressure and long bouts of depression. That post struck a nerve with athletes and celebrities, many of whom indicated support on her Instagram including Kyrie Irving, Venus Williams, Coco Gauff, Lewis Hamilton, Olivia Munn, Michelle Wie, Skylar Diggins-Smith and Usain Bolt. She most recently withdrew from Wimbledon, saying she was taking some personal time with family and friends. Osaka will play for her country in this summer’s Tokyo Olympics.

Check out the trailer above.