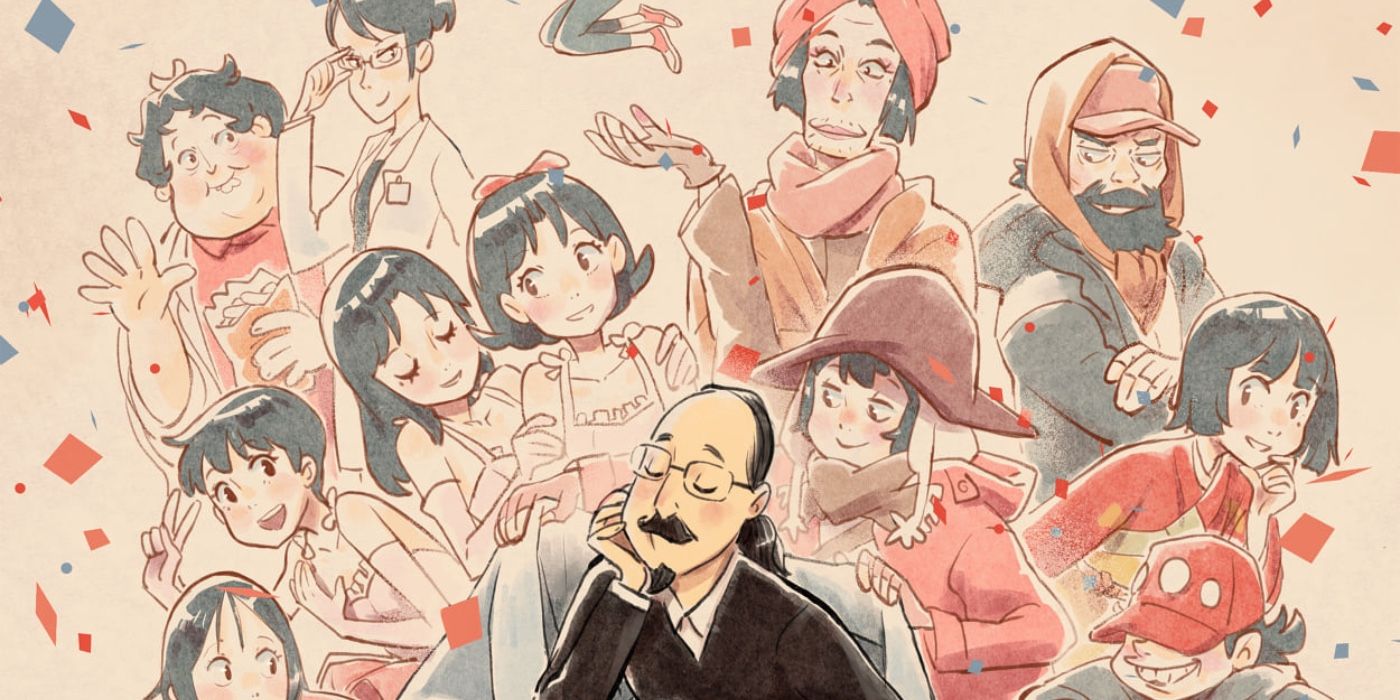 Carlotta Films releases a new poster and trailer for Satoshi Kon, l’illusionniste, the upcoming documentary about the late anime director.

A new poster and trailer for the upcoming documentary Satoshi Kon, l’illusionniste (Satoshi Kon, The Illustionist) have been released.

Carlotta Films revealed the new poster on its Facebook page, and streamed a new trailer for the documentary, which goes over the life and work of the critically acclaimed and highly influential director Satoshi Kon. The new poster depicts Kon sitting at a table with characters from the movies and TV shows he directed, including Chiyoko from Millenium Actress and the trio of Gin, Hana and Miyuki from Tokyo Godfathers. The Illusionist delves into Kon’s body of work, and features archived footage and interviews of the late director, as well as commentary from other anime directors, such as Mamoru Hosoda, the director of Mirai and the upcoming Belle, and directors from outside the anime industry who were influenced by Kon’s films, including Black Swan‘s Darren Aronofsky. The movie will also explore Kon’s work with the Japanese Animation Creators Association, a non-profit organization dedicated to improving the infamously demanding working conditions within Japan’s anime industry.

RELATED: Where Are All the Anime Documentaries?

Satoshi Kon began his career as a layout artist and key animator on classic anime such as Roujin Z and Patlabor 2, before going on to direct his first film in 1997, the critically lauded psychological thriller Perfect Blue. Kon’s following movies, the time-spanning romance Millenium Actress, the heartwarming Christmas movie Tokyo Godfathers and the visually arresting Paprika, were all similarly well-received. Kon returned to the genre of psychological horror with the 2004 TV series Paranoia Agent, which aired in the United States on Cartoon Network’s Adult Swim block. Kon passed away in 2010 at the age of 46 due to pancreatic cancer.

Satoshi Kon, The Illusionist will make its premiere at the Cannes Film Festival, which runs from July 6-17.


Michael is one of CBR’s Anime News Editors, a Link main in Smash Bros. and also once tried to eat 100 tacos in one sitting (he got to around thirty before tapping out.) After working as a copy editor for an ad agency and a music label for a number of years, he has now decided to pursue a career focused on a subject he is truly passionate about: giant robots and the sad people who pilot them.