The Voyage Home Returning to Theaters in 4k, Trailer Released

The Voyage Home Returning to Theaters in 4k, Trailer Released 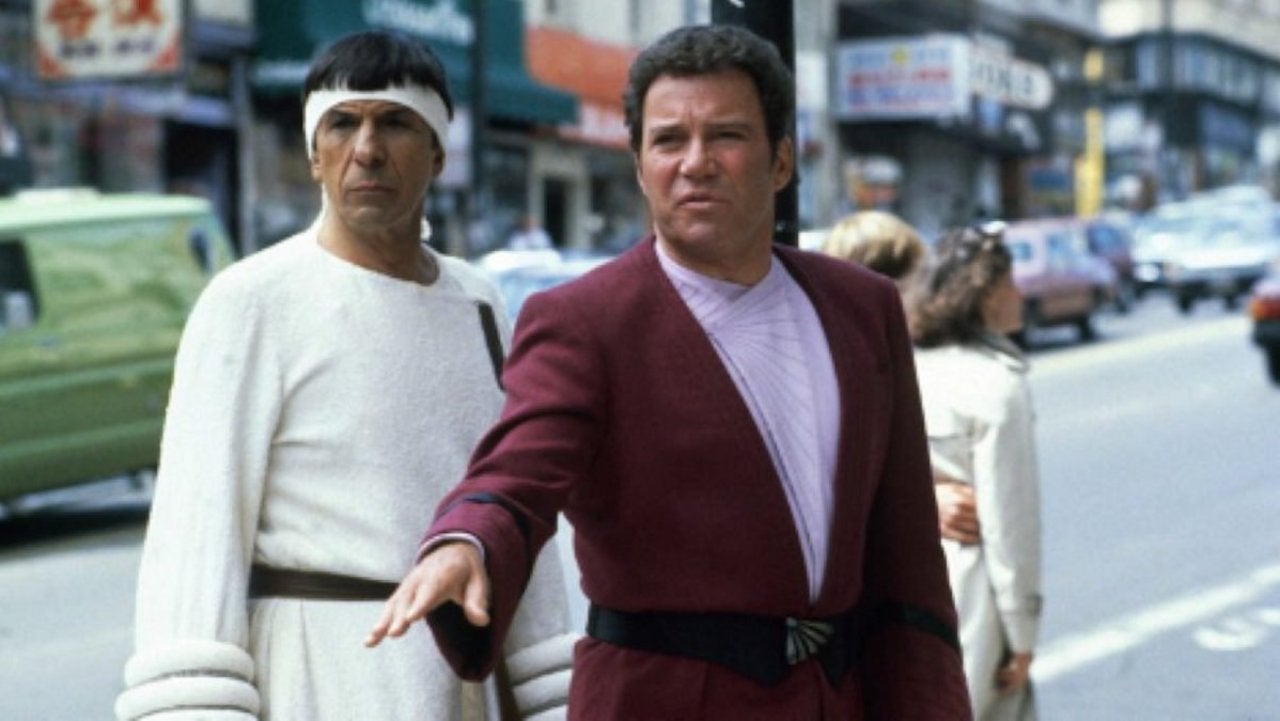 Star Trek IV: The Voyage Home is returning to theaters courtesy of Fathom Events. This two-night engagement will offer Star Trek fans their first opportunity to see the new 4k remaster of Star Trek IV: The Voyage Home that will be released on home media as part of the Star Trek: The Original 4 Movies 4k Ultra Hd/Blu-Ray Collection in September. Often fondly remembered as “The One With the Whales,” Leonard Nimoy directed Star Trek IV and starred as Spock in the movie, alongside the other members of the Star Trek: The Original Series cast. The films will be in theaters on August 19th and August 22nd. Here’s the synopsis for the even, provided by Fathom:

“When a mysterious alien power threatens the atmosphere of Earth in the 23rd Century, Kirk and his crew must time travel back to 1986 San Francisco to save mankind. Exploring this strange new world, they encounter punk rock, pizza and exact-change buses that are as alien as anything in the far reaches of the galaxy. This thrilling, action-packed, and often hysterical installment of the original motion picture saga returns to the big screen, remastered for its 35th Anniversary!”

Star Trek IV: The Voyage Home also concludes the story arc unofficially known as “The Genesis Trilogy.” The story began by introducing the Genesis Device and Spock’s death in Star Trek II: The Wrath of Khan. The story continued with the Enterprise crew going rogue and Spock’s resurrection in Star Trek III: The Search for Spock. In The Voyage Home, the AWOL crew flings their commandeered Klingon vessel back through time and resolves the tale. The Fathom will include a retrospective featurette titled Three Picture Saga that looks back on this trinity of films and its place in sci-fi cinema history.

As part of the September box set, Star Trek IV joins Star Trek: The Motion Picture, Star Trek II: The Wrath of Khan, and Star Trek III: The Search for Spock. This release is the first time any of the original Star Trek movies are available in 4k resolution. The films are newly remastered from original elements and presented with Dolby Vision and HDR-10. The set is available to pre-order now.

What do you think of Star Trek IV: The Voyage Home returning to theaters in 4k? Let us know what you think in the comments.

Note: If you purchase one of the awesome, independently chosen products featured here, we may earn a small commission from the retailer. Thank you for your support.