The Witcher BTS Video Gives Inside Look At Kaer Morhen

The Witcher BTS Video Gives Inside Look At Kaer Morhen 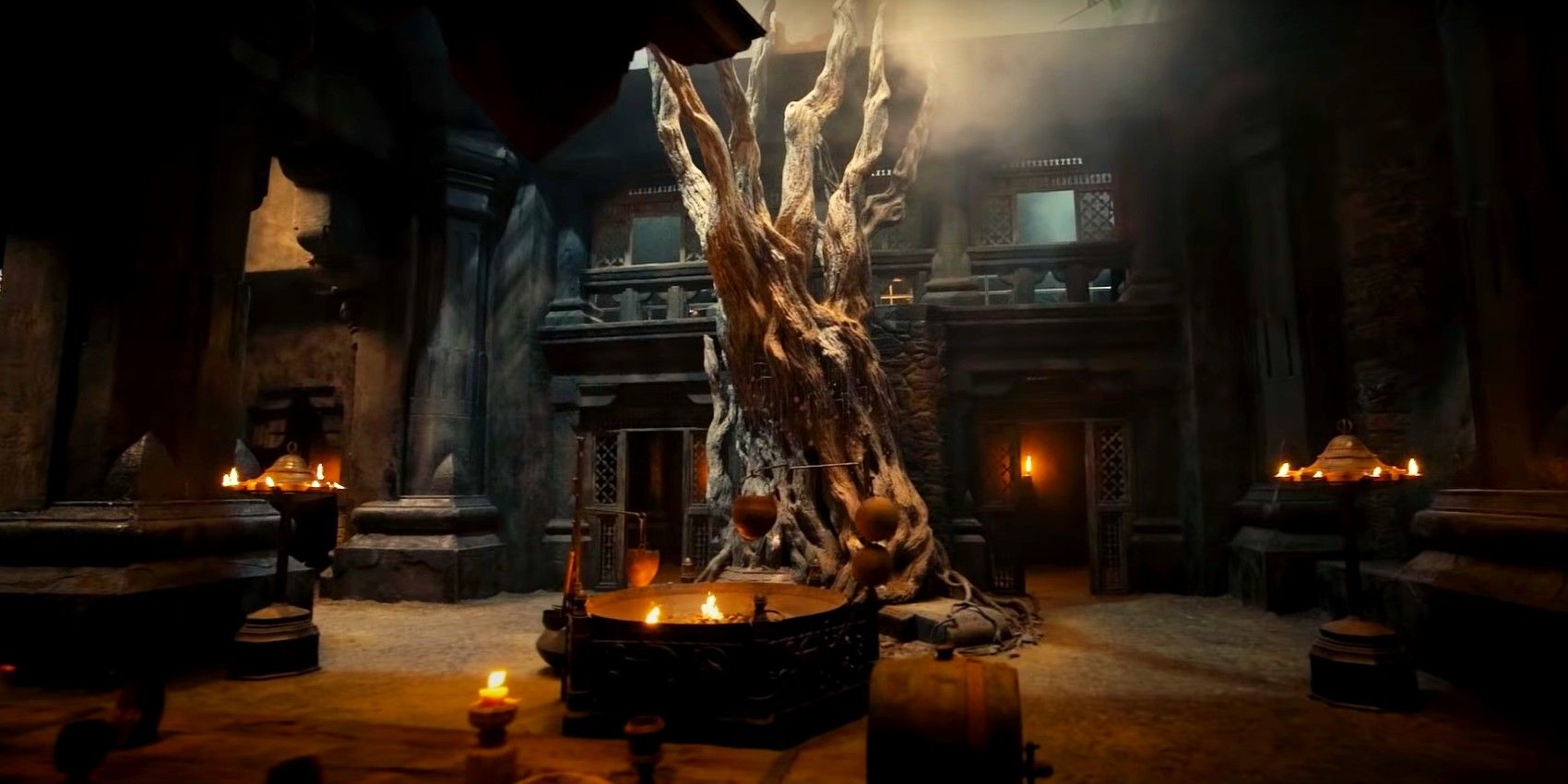 Behind-the-scenes video gives first look inside the Witcher stronghold of Kaer Morhen ahead of season 2, including its armory, lab, and memorial tree.

A new behind-the-scenes video has offered an inside look at the stronghold of Kaer Morhen for the second season of Netflix’s hit show The Witcher. In the world of The Witcher, Kaer Morhen is the stronghold where Witchers retire for the winter in order to recuperate and escape the hostility of the outside world. It’s also where new Witchers are not only trained, but specifically made through the ingestion of alchemical substances that change the physiology of the subject, known as the Trial of the Grasses.

The first trailer for The Witcher season 2 was released through WitcherCon and gives a hint of what to expect when the series returns on December 17th. Netflix also recently announced the episode titles for season 2, with the second episode titled “Kaer Morhen”, implying that the location will be the primary focus of that episode. The trailer in particular showed off Henry Cavill’s Witcher, Geralt of Rivia and Freya Allan’s Cirilla arriving at the stronghold seeking shelter and likely beginning Ciri’s training. There they will encounter a number of other Witchers including Lambert and Eskel, played by Paul Bullion and Basil Eidenbenz, respectively.

Related: The Witcher: Every New Story Reveal & Clue About Season 2

In the behind-the-scenes video posted to The Witcher’s official YouTube channel, Netflix offered an inside look at the set used for the stronghold and the work done to bring this iconic location to life. The video describes the ancient fortress of Kaer Morhen as a building that has “seen more than its fair share of danger. Each column and stone tells the story of how Witchers endured amid the dark history of an evolving Continent”. The video also offers a closer look within Kaer Morhen, in particular its Armory, Basement Lab, and the ominous medallion tree, a “looming memorial, where the medallions of fallen Witchers have been hung for hundreds of years, a reminder of the brotherhood that binds them even in death.” You can see the full video below:

It’s clear that a great deal of work has gone into constructing Kaer Morhen to ensure that it meets both fan expectation and also fits with the tone of Netflix’s adaptation. The video also announces that the stronghold will be the main focus of the recently announced anime movie, The Witcher: Nightmare of the Wolf and will give further understanding of the location’s history. Notably, the anime will explore the sacking of Kaer Morhen, a key moment in the history of The Witcher which will also explain the dilapidation evident in the main series.

The first season did an excellent job of creating locations like the palace of Cintra and the magical academy of Aretuza so naturally fans of the series have been eagerly anticipating the moment when The Witcher would provide an insight into Kaer Morhen. It played a key part in both the book series and the video games by CD Projekt Red, and looks to once again in The Witcher season 2. Thankfully, it seems that Netflix have taken great care in realizing the iconic location, and fans will likely not be disappointed. They will just have to wait to see whether the excitement lives up to expectation when Kaer Morhen is brought to life fully when The Witcher season 2 arrives in December.


Nico Marrone is a senior news writer for Screen Rant. He graduated from the University of Edinburgh with a Masters in Postcolonial Literature by combining his love of African literature with comic-books. He has previously served as the film editor for The Student and currently serves as the assistant theatre editor for The Wee Review.

When not geeking out about films and comics, Nico can be found spinning fire, running too many games of Dungeons & Dragons, and complaining about the Scottish weather.