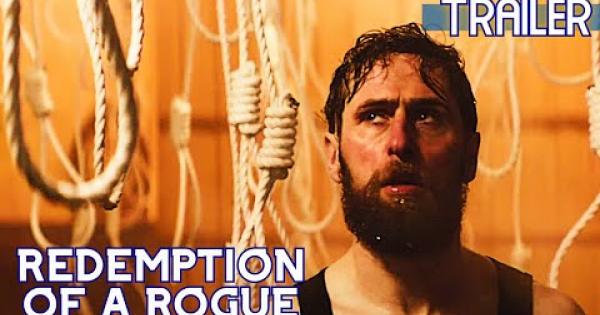 Philip Doherty’s Redemption of a Rogue which was filmed mostly in West Cavan has released it’s trailer.

The locations are many but include: Swanlinbar and West Cavan, Cavan Town and Lough Oughtar.

The film is the first feature of Philip Doherty (Pilgrim), award-winning playwright and founder of the Gonzo theatre. Two-time winner of the RTE PJ O’Connor Radio drama Award, Philip Doherty is a native of Cavan Town, and holds an MA in Drama and Theatre Studies from NUI Galway.

The dark comedy follows Jimmy, played by Cavan native Aaron Monaghan (MAZE, Assassin’s Creed), on his road to redemption after returning to his hometown. Stuck in a Groundhog Day-like purgatory, Jimmy seeks redemption, and through love he finds it in the most sacrificial and outlandish manner possible.

Doherty calls the film “A bible, black comedy about a prodigal son returning to his hometown to seek salvation for his sins.”

Redemption of a Rogue is being produced by Emma Foley and Tamryn Reinecke of Pale Rebel Productions,  filmed by award-winning cinematographer Burschi Wojnar (Wave). Philip’s brother Joe Doherty (Volkswagen Joe) is production designer, and has been collaborating with Philip to create and build this world in Cavan Town and Swanlinbar.

According to the producers “the dark comedy drama will celebrate the caustic black wit of Ireland and the delicious, earthy vernacular of County Cavan and South Ulster.”

Redemption of a Rogue was produced by Emma Foley and Tamryn Reinecke for Dublin-based outfit Pale Rebel Productions. Wildcard Distribution will release the movie in cinemas later this year.