Will the 2021 movie be in cinemas or streaming? Cast, plot, rating

Will the 2021 movie be in cinemas or streaming? Cast, plot, rating 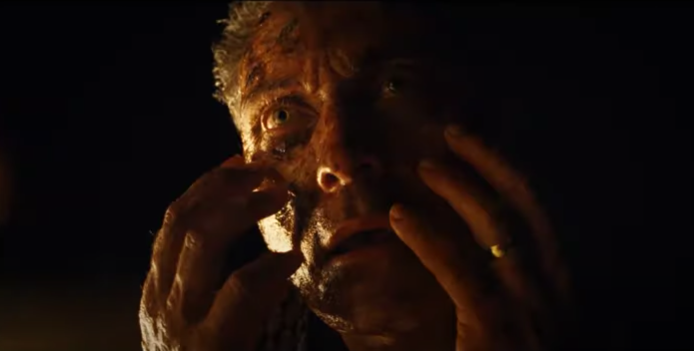 What do you think of when you hear the name M. Night Shyamalan?

Great twists? Unique visions? Or, do you simply recall The Last Airbender?

The 50-year-old American filmmaker is arguably one of the most divisive directors of his generation, but as you may know, it wasn’t always this way.

He demanded the attention and respect of critics and general audience alike with such earlier successes as The Sixth Sense, Unbreakable, and Signs. Some would argue that the reception of 2004’s The Village is where the change began, and after that, his films – Lady in the Water, The Happening, etc. – began to attract mass hostility.

Since then, on the other hand, titles like The Visit, Split, and Glass have seen him re-emerge triumphant in the eyes of many former detractors. Indeed, the trailers for his latest feature arguably tease his most overt return to form yet, so here’s where to watch Old and when it’s set to arrive…

Where to watch Old: Will the 2021 movie be in cinemas or streaming?

As of yet, there is no news regarding a streaming release date. So, if you want to see it upon initial release then it’s worth checking showtimes at your nearest multiplex.

As for what you can expect to see on the big screen, it’s billed as a supernatural thriller and follows a family who jets off on a tropical vacation. Thrilled that they’ve found a secluded, idyllic beach, they settle in for a day of sun and sea.

However, after mere hours, something there is making them age rapidly, and they soon fear that their lives may be over by the end of the day unless the mystery is solved.

While this concept may sound like pure, uncut Shyamalan, it’s worth noting that Old is inspired by Sandcastle, a graphic novel by Pierre Oscar Levy and Frederik Peeters. It was his daughter who gave him the book one Father’s Day and he was compelled to purchase the rights to it immediately.

Inevitably, fans are excited to see what made him feel it was the perfect tale to adapt for the screen, especially considering the talent that the script managed to entice.

A cast of fresh and familiar faces

Shyamalan’s anticipated return boasts an exceptional cast and you can check out their roles below:

“I didn’t want to lose anyone”

Looking back, Old was actually one of the first movies to be shot following the COVID-19 outbreak and Shyamalan himself described the shoot which took place in the Dominican Republic as “risky” while chatting with Entertainment Weekly:

“It was so precarious to make the film at that time, and I decided to do it because that cast, I didn’t want to lose anyone, I didn’t want to lose one person, so I decided to go for it. It was risky to shoot it at that moment because it was hurricane season in the Caribbean. In fact, our sets got destroyed by a hurricane, and we built them up again, and we were very lucky that second time they stayed up.”

Speaking on the novel that inspired the film, he also explained: “the premise was so powerful… I thought it was very frightening and emotional, and the ideas just started coming… It was just a beautiful thing, and kind of touching, that it came from my daughters, this story about getting older very, very quick.”

In other news, When will Black Widow be free on Disney Plus? Cast, plot and where to watch